Some of our customers have recently come into our workshop having experienced issues with the dreaded boat diesel fuel bug. So, what is this, why is it on the increase, what problems can it cause, symptoms and how can you treat it. 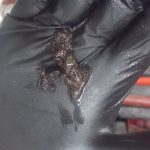 ‘Diesel bug’ is a term used for the small microbes (bacteria), fungi and algae that can exist in boat fuel tanks between the fuel and the water. They live on the water that may be inside the fuel tank, have a short lifespan during which time they reproduce rapidly. However, it is their waste products and the dead microbes themselves that can cause the sludge at the bottom of your fuel tank.

It is the introduction of biodiesel (i.e. diesel made from plants and other biological matter) into the petrochemical diesel, which our fuel is now made from, that has caused an increase in the boat fuel bug. Biodiesel is seen as more environmentally friendly than the original petrochemical diesel, but it has a higher water content and also attracts more water when stored. As the water content of our fuel has increased so has the number of diesel fuel bugs as they survive off the water. Biodiesel fuel is also more prone to other particulate contamination e.g. rust, dirt, wax, sand etc. This increases the amount of sludge in the bottom of your tank.

The sludge that forms at the bottom of your boat fuel tank from the waste products, dead microbes and other particular contaminants can cause fuel lines to become blocked, blocked filters, blocked fuel injectors which may eventually lead to engine failure. The thin layer of the sludge can also cause corrosion which in turn can affect boat fuel pumps and injectors. 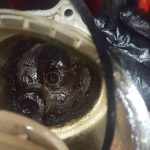 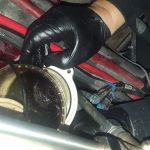 Although difficult to remove there are still things that you can do. 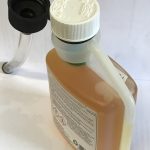 Latest from the Blog

MES have been established since 1997 and provide services to both leisure and commercial boats. Based in Port Dinorwic, we are able to service the North Wales regions including Deganwy, Conwy, Anglesey & Pwllheli for leisure and UK wide for commercial vessels.